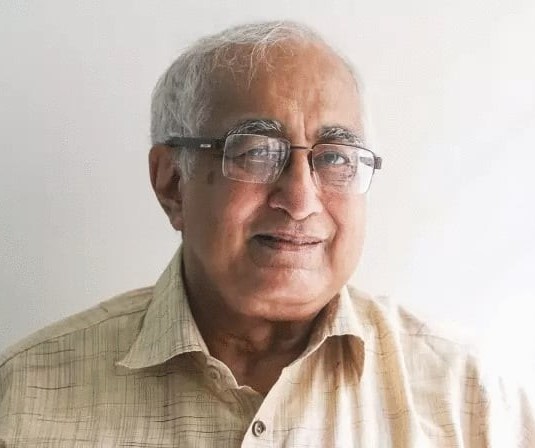 He had a heart attack at home around sehri time, according to family sources. Dr Choudhury was declared dead at Square Hospitals around 4:00am.

A renowned civil engineer and educationist, Dr Choudhury was the vice chancellor of University of Asia Pacific. He had been the president of Bangladesh Mathematical Olympiad Committee since 2003. In 2017, he was awarded Ekushey Padak by the Government of Bangladesh in the category of science and technology.

Prof Choudhury was born in Sylhet and had his early education in Dhaka (St Gregory's School and Dhaka College). He obtained BSc degree (Civil Engineering) in 1963 from the then East Pakistan University of Engineering and Technology (now Buet) and MSc (Advanced Structural Engineering) and PhD from University of Southampton in 1968.

Dr Choudhury joined East Pakistan University of Engineering and Technology as a lecturer in Civil Engineering in 1963 and was appointed a professor at Buet in 1976. He was Head of the Department of Civil Engineering (1978–79, 81–83), Dean of the Faculty (1983-85) and Director, Computer Centre (1982-1992). In March, 2001, he joined Brac University as its first Vice Chancellor.

He was awarded a Commonwealth Academic Staff Fellowship in 1974 and spent a year at the University of Surrey, UK, as a Visiting Associate Professor. He was awarded the Doctor of Engineering (Honoris Causa) degree by Manchester University in October, 2010. Dr Choudhury had authored about 70 papers in international journals and conference proceedings.

He had acted as consultant to many national and international agencies. He was a Member of Panel of Experts (advising the Government, the World Bank, Asian Development Bank and OECF, Japan) for the Bangabandhu (Jamuna) Bridge; he headed the International Panel of Experts for Padma Bridge. He was the Team Leader for the Multipurpose Cyclone Shelter Programme and prepared the Master Plan for Cyclone Shelters in the coastal areas of Bangladesh.

He received numerous awards during his illustrious career.

President Abdul Hamid and Prime Minister Sheikh Hasina have expressed deep shock at the death of Dr Choudhury and prayed for the eternal peace of the departed soul.

Meanwhile, Nobel laureate Dr Muhammad Yunus, in a condolence message, said, "He (Dr Choudhury) was always involved with my endeavours. We were supposed to hold a phone-meeting around noon today with him in the chair. We were taking preparations for that."

Terming Dr Choudhury a "long-time friend", Dr Yunus said, "He was an extraordinary person. He was capable of understanding any complex issue instantly and providing timely advice on that."