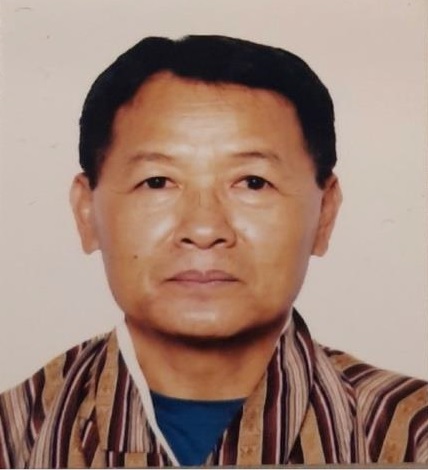 Mr Nima Gyeltshen has been appointed as the secretary of South Asia Foundation-Bhutan and Executive  Director to  Bhutan Jamchong Thuendrel Foundation. He has taken over the complete charges of the Chapter in the retrospective from June 2020. SAF Family welcomes him and wishes all the very best for future endeavours

Nima Gyeltshen is a retired civil servant with 39 year experience in various fields, including education and youth issues. Mr. Nima Gyeltshen started his career as a teacher in 1980 and rose to the rank of a Dzongrab (Deputy Governor) of Wangdue Dzongkhag District in 2015 before  he superannuated on 30th April 2018.

During his career as a civil servant, Mr. Nima served in different capacities across various Dzongkhags contributing immensely to nation building. One of the major program under his leadership was the successful implementation and starting of the ‘Rehabilitation Project’ under His Majesty’s Peoples’ Project. The Nganglam Master Plan Township at Rinchenthang was prepared and formulated under Mr. Gyeltshen's leadership and supervision. Prior to his appointment as the Executive Director of BJTF, he was serving as the Executive Director in a private construction Company for couple of months.

Mr Nima Gyeltshen holds a Master’s Degree in Education from the University of New England, Australia, 2008.