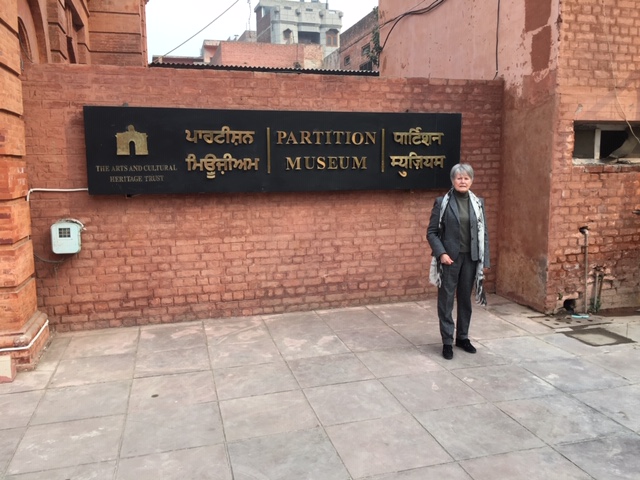 The Partition of India was one of the most defining events in the history of the subcontinent. It remains till date the largest mass migration in human history. Yet, despite the extensive loss to life and property, almost 70 years later there existed a severe lacuna that no museum or memorial existed anywhere in the world to remember all those millions.

In early 2015, a small dedicated group of people came together with the resolve to fill this lacuna. Led by the Chairperson, Lady Kishwar Desai, a Trust (The Arts and Cultural Heritage Trust) was registered in New Delhi, India, with the primary goal of setting up the world’s first museum and memorial on the Partition. Throughout the first half of 2015, consultations were held with leading experts on the Partition, ranging from scholars and researchers, to filmmakers, authors, artists, journalists, and most importantly, Partition survivors themselves. Through this extensive range of individual and focus group discussions, the contours of the Partition Museum began to take shape. In August 2015, the first public consultation was held with over 1500 participants, young and old, sharing their thoughts and overwhelming support.

Encouraged by this response, the Trust intensified its outreach work, and started to build the collections of the Museum. These were showcased in exhibitions around the country in 2015 and 2016 and served as a further impetus for more and more Partition families to join this People’s Effort to create a People’s Museum. Unlike most Museums that start with a private or government collection, the Partition Museum started only with the resolve to build this collection as a collective effort from hundreds of Partition-affected families. Extensive work was also undertaken in archives throughout the world driven by volunteers, young and old, who believed in the mission of the Museum.

On 24 October 2016, with the support of the Punjab Heritage and Tourism Promotion Board, Government of Punjab, TAACHT opened the doors of the world’s first Partition Museum at the Town Hall in Amritsar with a curtain raiser exhibition in four galleries. The curtain raiser was inaugurated over a week by then Hon’ble Deputy Chief Minister of Punjab, Shri Sukhbir Singh Badal on 24 October 2016, and by Hon’ble Minister of Finance - Government of India, Shri Arun Jaitley on 1 November 2016. The curtain raiser received an overwhelming response from visitors, scholars and institutions around the world.

With the support of hundreds of people, who donated their time, family objects, funds, and skills, the Partition Museum worked towards opening the entire Museum in time to commemorate the 70th Anniversary of the Partition. The opening date for all fourteen galleries was decided as 17 August to mark the day that the Radcliffe award was announced. On 17 August 2017, Hon’ble Chief Minister of Punjab, Shri Amarinder Singh, dedicated the Partition Museum to the nation. It was marked as Partition Remembrance Day in tribute to the millions impacted.

Since then over a hundred thousand visitors have come to the Partition Museum. It continues to build its collections and archives and welcomes support in its continued quest to document and remember the history of the millions impacted at the time of the Partition.