H. E. Mr. Maithripala Sirisena, President of the Democratic Socialist Republic of Sri Lanka, visited the SAARC Headquarters this morning.
H. E. the President was accompanied by his entourage and the Ambassador of Sri Lanka to Nepal.
To commemorate his visit to the Secretariat, H. E. the President planted a tree in its premises and signed the Visitors’ Book.
In his remarks on the Visitors’ Book, H. E. the President stated, “Sri Lanka strongly supports regional cooperation and integration in order to promote the well-being of the peoples of South Asia; to accelerate economic growth, social progress and cultural interaction in the region; and for promoting and strengthening collective voice of the countries of South Asia.”
After taking a tour of the Secretariat premises, H. E. the President, in his address, stated that as a founding member of SAARC, Sri Lanka remains committed to the SAARC process. He stated that the Member States should work in the spirt of brotherhood to achieve the objectives of SAARC.

Earlier, delivering his welcome remarks, the Secretary General of SAARC said, “Your Excellency’s momentous visit is a testimony to the importance that you personally and the esteemed Government of Sri Lanka attach to the SAARC process.”

Since its establishment in Kathmandu on 16 January 1987, several SAARC Heads of State and Government have visited the Secretariat.

H. E. the President’s current visit is the second one of a Head of State or Government to the SAARC Headquarters this year. In March, during his bilateral visit to Nepal, the former Prime Minister of Pakistan visited the SAARC Secretariat. 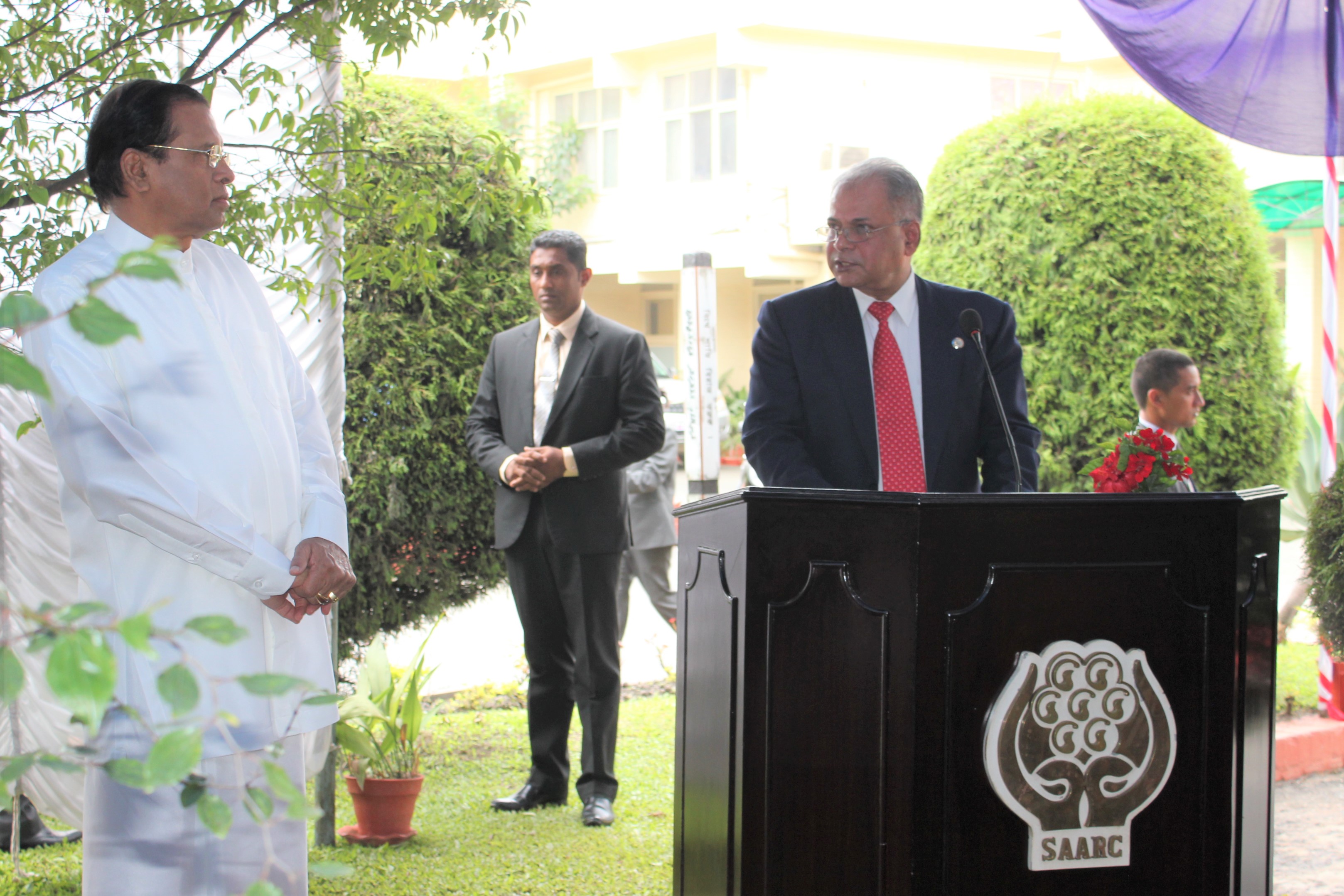 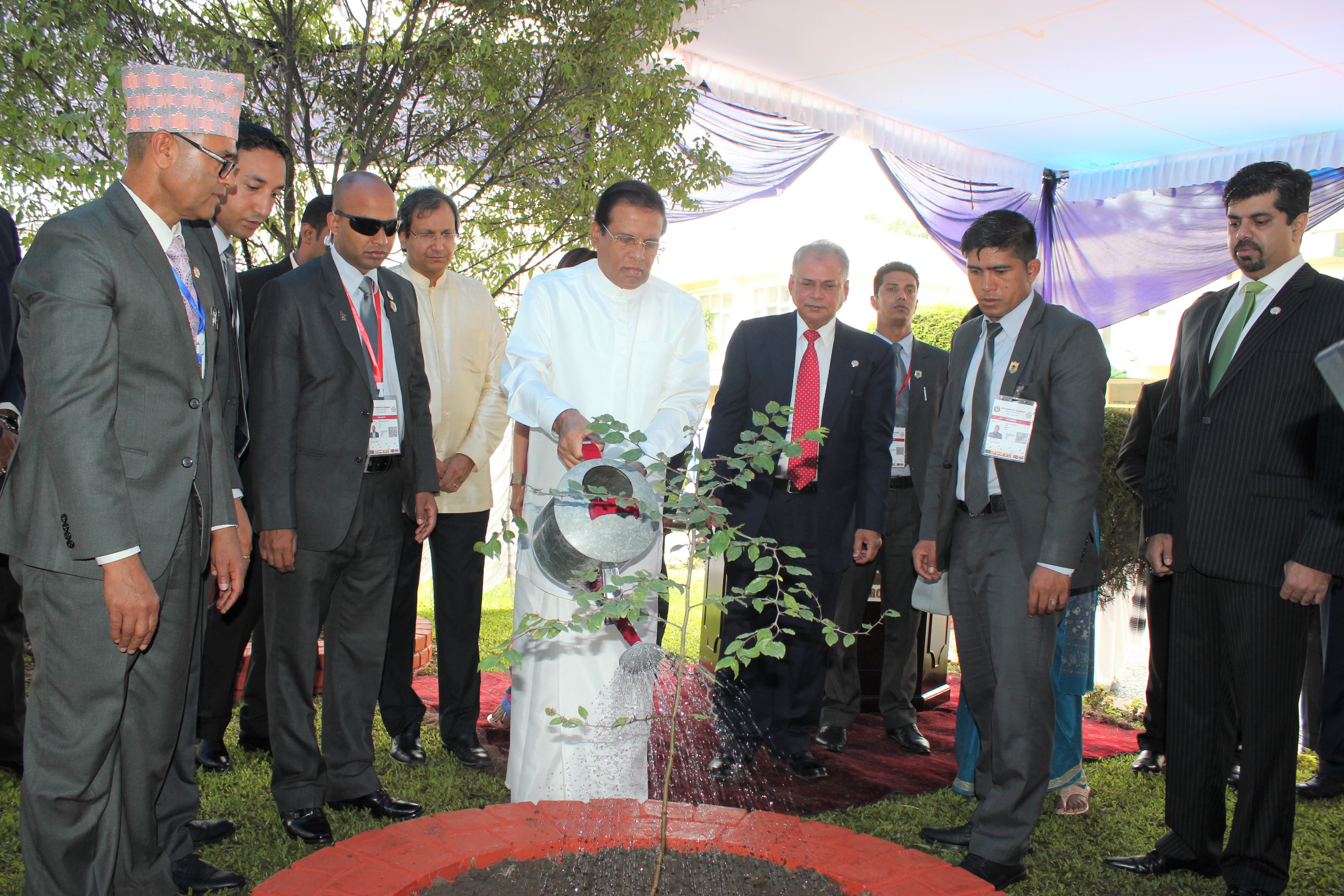 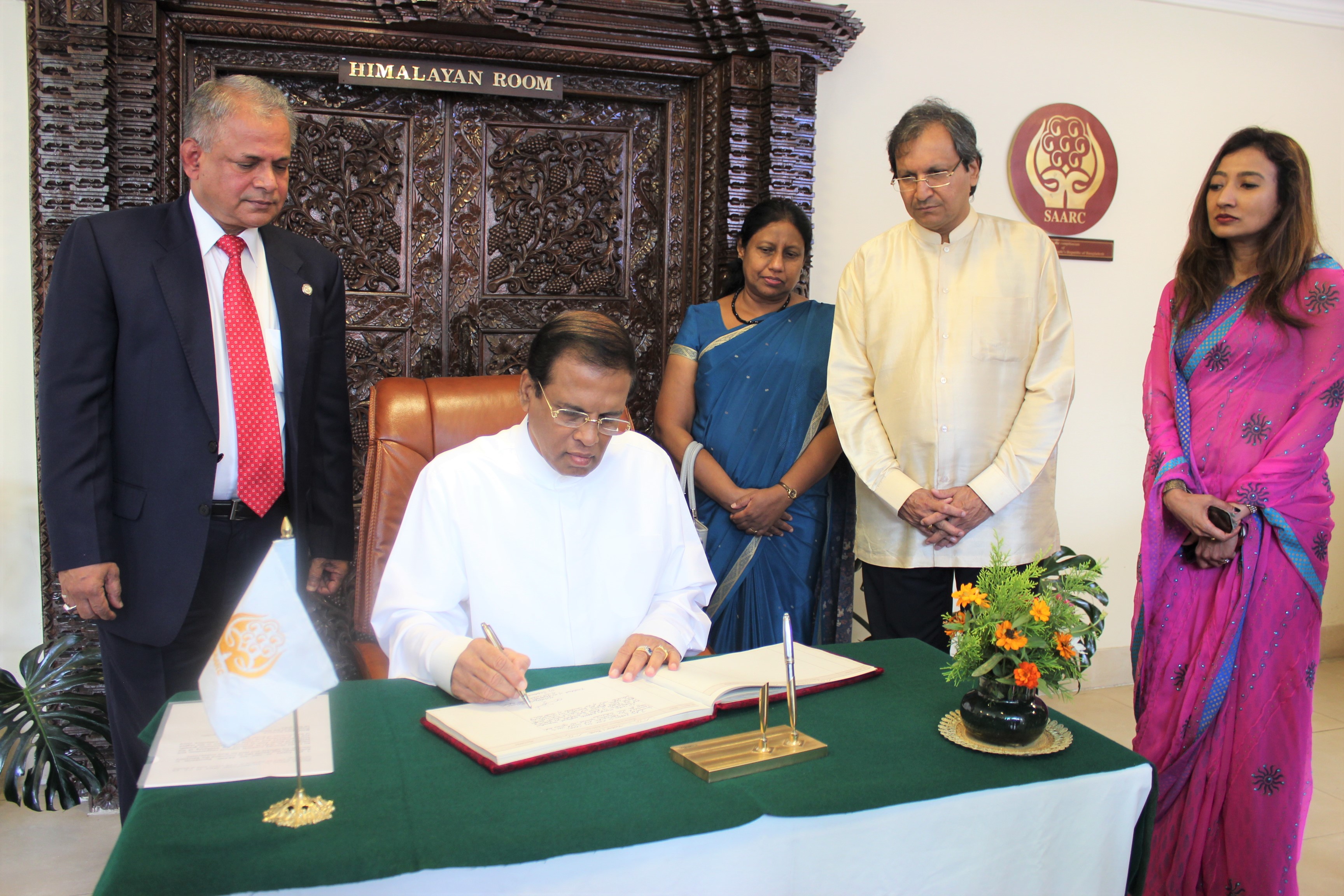 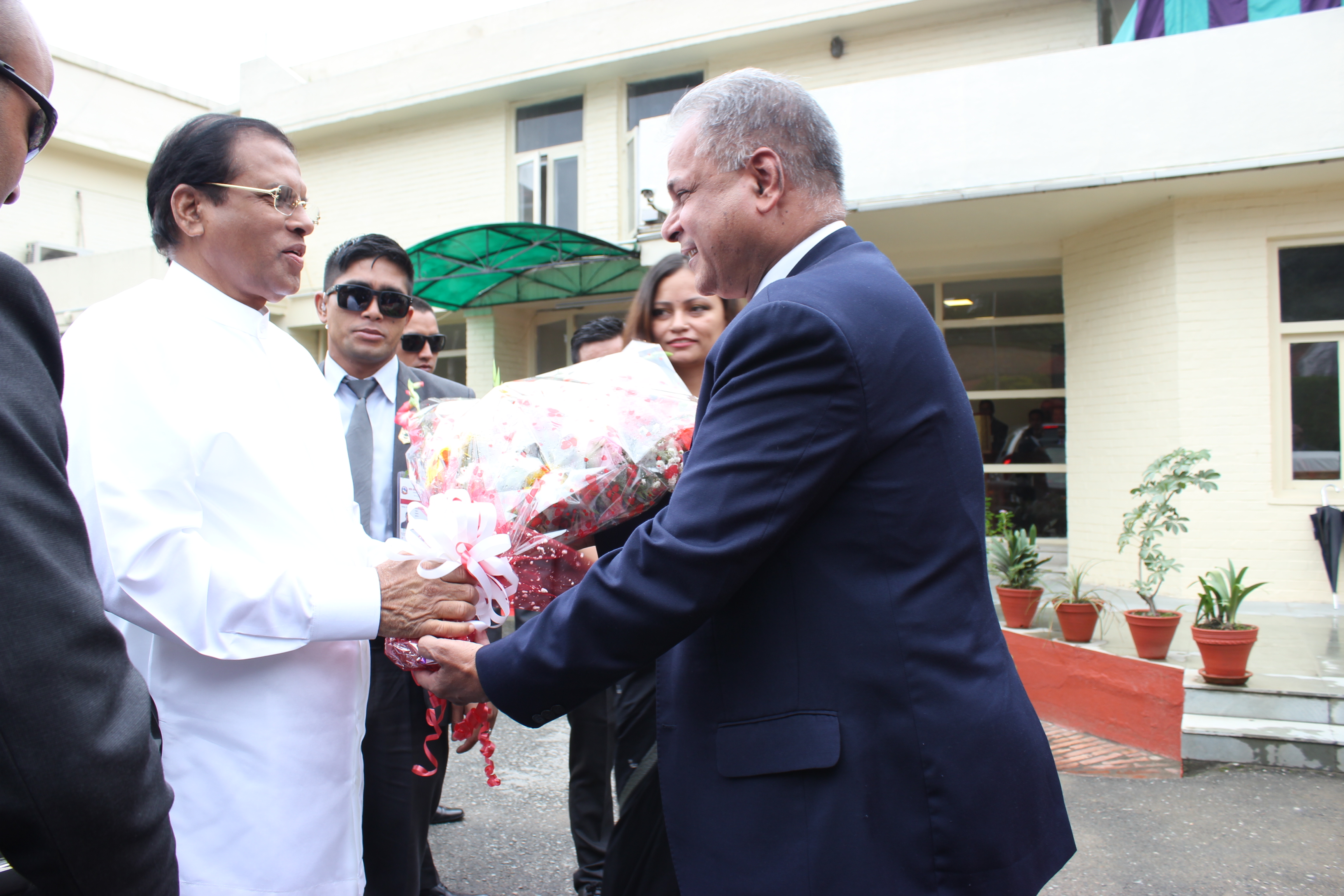