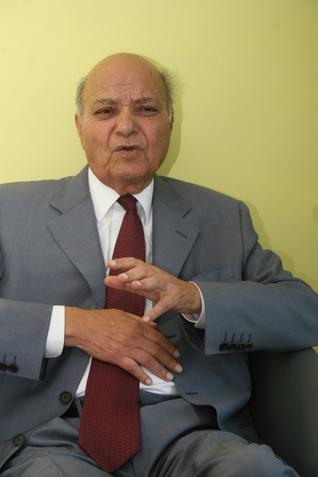 Former diplomat, artist, writer, and philanthropist, Madanjeet Singh, 88, a UNESCO Goodwill Ambassador since 2000, passed away in Beaulieu-sur-Mer in the south of France on Sunday following a stroke.

He was passionate in his commitment to South Asian regional cooperation and solidarity on a secular, democratic, and progressive basis. This commitment was backed by an extraordinary personal financial contribution to the South Asia Foundation (SAF), which he founded in 2000, worked for tirelessly, and mentored until the day he died. This organisation, which is focussed on providing educational opportunities for young women and men, has active chapters across the region.

SAF has offered scholarships to South Asian students under various disciplines in its 12 UNESCO Madanjeet Singh Institutions of Excellence. These institutions are located in all eight countries of South Asia.

Born in Lahore on April 16, 1924, he graduated from the Lahore Government College and then earned an M.Sc. in Technical Chemistry from the Italian Institute for Middle and Far East in Rome. Revealing his eclectic and diverse interests early in life, he took a diploma in Buddhist Art and Culture from Rome University and a diploma in the European history of Arts.

In the freedom struggle

Drawn to the freedom struggle as a young boy, he was imprisoned in 1942 during the Quit India agitation. He was to decline to accept a Padma award in 2006, citing the reason that there was no higher award than the Tamrapatra for freedom fighters he had received in 1972. The trauma of Partition left a deep imprint on him, resulting in a lifelong intellectual and emotional commitment to communal harmony, pluralistic and secular values, and the composite civilisational heritage of South Asia.

Mr. Madanjeet Singh was with the Indian Foreign Service from 1953 to 1982. He served in Italy, Yugoslavia, Greece, Laos, Sweden, Denmark, Spain, USSR and South Vietnam. He was Ambassador in Colombia, Rwanda, Burundi and Finland, and High Commissioner in Uganda.

He was formerly married to Dhyanawati, daughter of an Indonesian diplomat. He is survived by his partner of many years and SAF Trustee, France Marquet, and his son, Jeet Singh, a highly successful e-entrepreneur who co-founded and headed Art Technology Group and is now a co-founder and Managing Director of Redstar Ventures in the United States.

Mr Madanjeet Singh was with UNESCO in Paris as Director in the Cultural Sector from 1982 to 1985. The UNESCO-Madanjeet Singh Prize for the Promotion of Tolerance and Non-Violence, which was created by the U.N. organisation’s executive board at its meetings in Paris and Fez in 1995, marking the 125th birth anniversary of Mahatma Gandhi, is supported a donation by him and officially honours “his lifelong commitment to the cause of peace and tolerance.”

Mr. Madanjeet Singh’s paintings, which first caught the attention of Prime Minister Jawaharlal Nehru, who had him sponsored for a scholarship abroad, were exhibited at the 1953 Biennale in Venice. Some of his works were purchased by the Museum of Modern Art, Stockholm. He produced an award-winning documentary in Rome on the Buddhist paintings in Ajanta caves.

As Ram Rahman recalled on Sunday, even in Indian photography history, he has an important place. His work done from the mid-1940s to the mid-1950s in India forms an important body of work.

Madanjeet Singh’s father, Dodger Singh, who was a Professor at Banaras Hindu University, held for a while a distinguished position offered to him by the Maharaja of Travancore, now part of Kerala. His mother was Sumitra Kaur.

In New Delhi, Prime Minister Manmohan Singh condoled the demise of Madanjeet Singh. He conveyed his condolences to the family and friends, a PMO release said. Madanjeet, a humanist and philanthropist, had conceived institutions to provide valuable service in the common goal of building a better and closer South Asia and was recognised as an ambassador of peace and goodwill, it said.