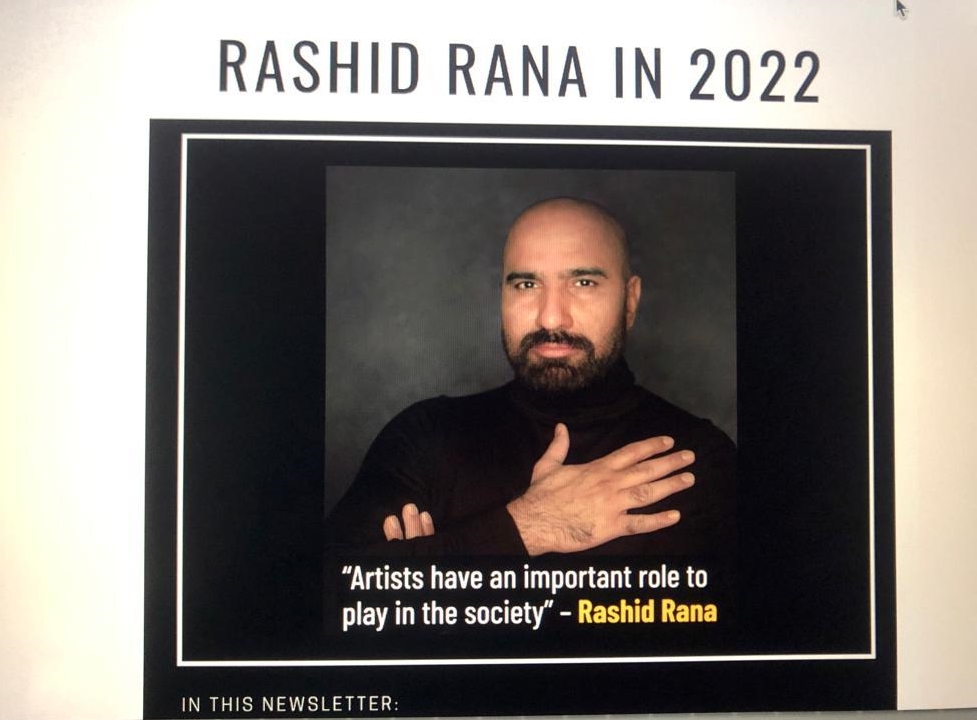 Artist Rashid Rana was recently honoured with a Sitara-e-Imtiaz due to his contributions to Pakistan's art scene. He was presented the award by President Arif Alvi, with Rana taking to social media to share that he is “grateful for this honour”.

The best-selling artist shared a video of the ceremony on Instagram, writing in the caption, “I strongly believe that creative practitioners have an important role to play in society. They must be part of [a] larger discourse in the region and beyond. I hope recognitions such as this one help change the status of [an] artist in [our] society and pave paths for others.”

He donned a classic black sherwani for the event, complete with a solid black pajama and matching dress shoes. In a picture of himself with the medal around his neck, Rana wrote, “I owe it all to the people in my life.” The Sitara-e-Imtiaz is the third-highest honour that can be bestowed upon a civilian.

Others who were honoured at this year’s ceremony include music producer Rohail Hyatt, who was presented the Hilal-e-Imtiaz, the second-highest civilian honour in the country.

“I’m honoured by the civil medal awarded to me. I’d like to acknowledge my partners, Junaid, Shahi, Nusrat, Salman, Rizwan, Asad, Aamir and Shoaib sb who were part of the VS [Vital Signs] journey. For Coke Studio, my co-workers, all the artists and the audience deserve the shared credit. Thank you all,” he wrote on Twitter.