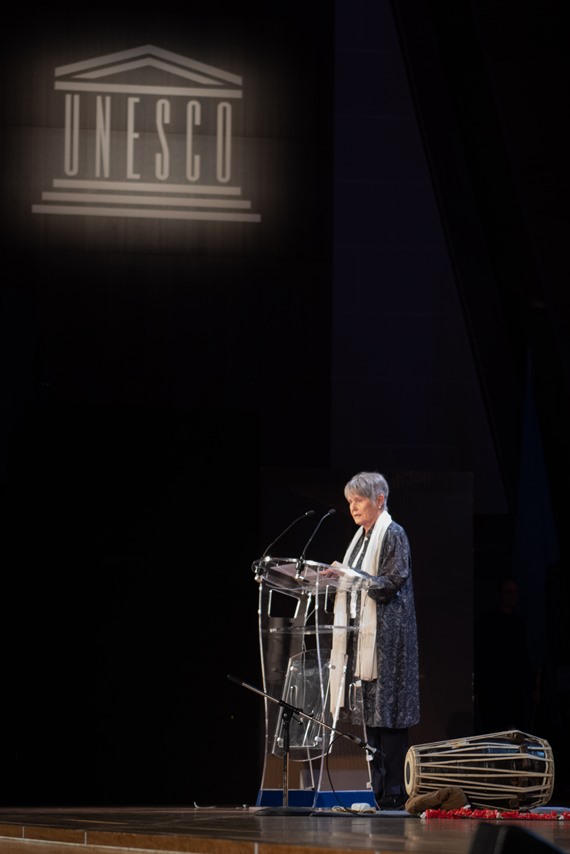 UNESCO celebrated its 22th anniversary of UNESCO-Madanjeet Singh Prize for the Promotion of Tolerance and Non-Violence on 16th November, 2018, aiming to advance the spirit of tolerance in arts, education, culture, science and communication. The Prize is awarded every two years to individuals or institutions for their exceptional contributions to the promotion of tolerance and non-violence. An international jury recommended the two laureates in recognition of their work in human rights, promotion of tolerance and inclusion.The US$ 100,000 monetary value of the Prize  is divided equally between the two laureates.

Canadian filmmaker Manon Barbeau, President and Founder of Wapikoni Mobile, and the Kenyan NGO The Coexist Initiative are the laureats of the 2018 UNESCO-Madanjeet Singh Prize for the Promotion of Tolerance and Non-Violence. Firmin Edouard Matoko, Assistant Director-General of UNESCO for Priority Africa and External Relations, and France Marquet, Principal Trustee of the Madanjeet Singh Foundation, awarded the Prize during an official ceremony on 16 November 2018.

For its eleventh edition, organized around traditional Indian dance presented by the Khajuri Association, the ceremony was held at UNESCO Headquarters in Paris on the occasion of the International Day of Tolerance. In his opening address, Mr Matoko stressed that tolerance is "both a moral virtue and a political principle: it lies in the ability to recognize others in their full dignity, and to grant them rights equivalent to ours, by virtue of their humanity". France Marquet, for her part, recalled the importance of the work of the Madanjeet Singh Foundation, established in the name of its benefactor Madanjeet Singh, who was a UNESCO Goodwill Ambassador, Indian artist, writer and diplomat.

Ms Manon Barbeau is rewarded for the many activities carried out for indigenous peoples through Wapikoni Mobile, a traveling training and audiovisual creation studio, which organizes educational workshops, film screenings and training activities. Its wide range of initiatives aims to enable indigenous youth to learn about audiovisual creation and to promote and highlight indigenous cultures, languages and identities. The filmmaker stressed the importance of giving a voice to these peoples and recognizing their own rights.

Mr Wanjala Wafula, founder of The Coexist Initiative, spoke on behalf of the NGO to highlight the need to effectively combat violence against women, and to ensure full recognition of their rights. Established in Kenya in 2002, the non-profit organization is recognized for its promotion of gender equality, social justice and human rights. Through an innovative and inclusive approach, it tackles gender-based negative cultural practices and stereotypes, including seeking to involve men, boys and community leaders more in the work of the organization.

The UNESCO-Madanjeet Singh Prize, awarded every two years, recognizes significant activities in the scientific, artistic, cultural or communication fields aimed at the promotion of a spirit of tolerance and non-violence. It has been inspired by the ideals of the UNESCO Constitution which states that "peace, if it is not to fail, must be founded on the intellectual and moral solidarity of mankind”. 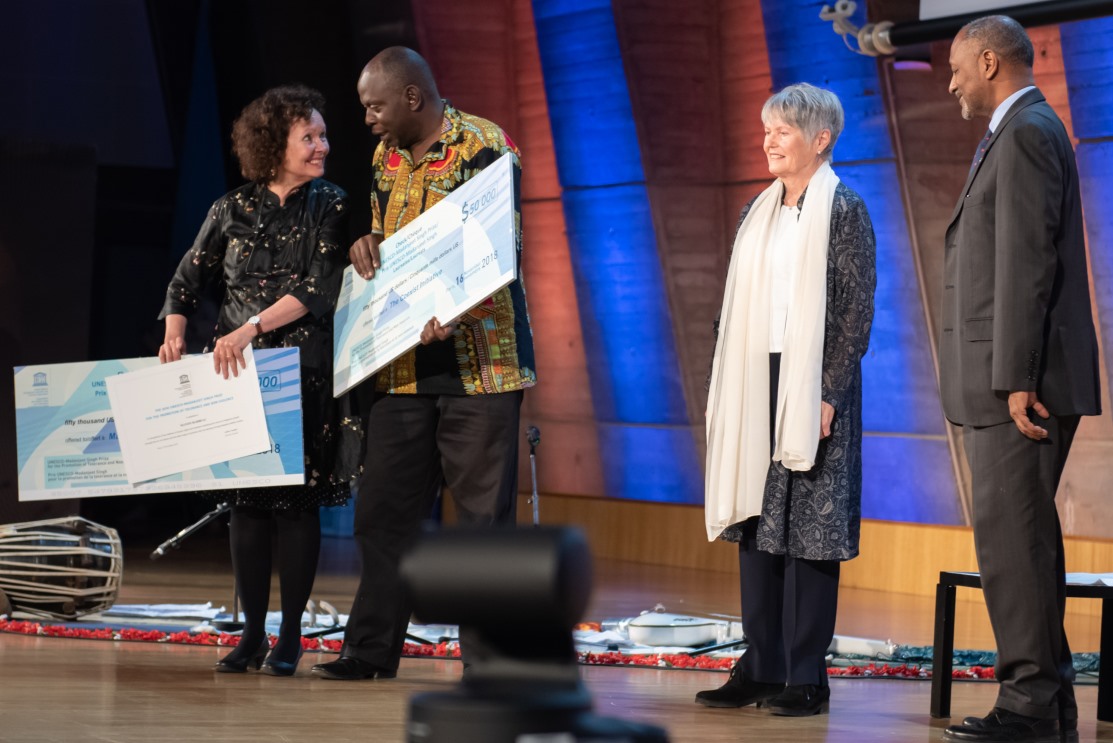 "Non-violence is not a garment to be put on and off at will. Its seat is in the heart, and it must be an inseparable part of our being" - Mahatma Gandhi

UNESCO's e-Platform on Intercultural Dialogue (ICD) is a destination for audiences that want to learn from shared knowledge and experiences, or simply connect with one another to collaborate and exchange ideas......

#IAmAntiRacist – Are you? Join our social media campaign!

Mme France Marquet with H.E. Amb. & Mrs Dipak Adhikari during the reception to celebrate the 8th Consitution day of Nepal

Madam France Marquet,Principal Trustee to MSF & South Asia Foundation Representative to UNESCO with His Excellency Mr. and Mrs Dipak Adhikari Ambassador of Nepal to France and Permanent Delegate of Nepal to UNESCO during the reception to Celebrate the Eight Constitution Day and National Day of Nepal in Paris, France

H.E Vishal V. Sharma, Permanent Delegate and Ambassador of India to UNESCO says "Glad to Host Madam France Marquet of the South Asia Foundatin that Sponsors the UNESCO- Madanjeet Singh Prize for the Promition of Tolerance and Non Violence and Members of the Indian Diaspora. Amb Madanjeet Singh was a famous Indian Diplomat."